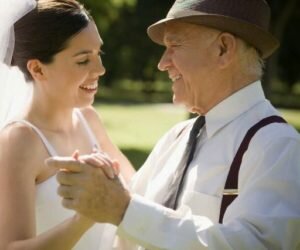 One of the obvious questions which comes up with respect to relationships between older men and younger women is why a younger woman would want to get involved with an older man in the first place. It is too easy to write these things off as “daddy issues” or other forms of insecurity. The internet is flooded with claims that younger women are compensating for some sort of parental misalignment, or that older men seek younger women because they present less of a power challenge than women their own age. A recent online issue of Psychology Today destroys this latter claim by pointing out that none of the science, psychology or biology, supports this claim (June 2015). The former claim, that younger women have a psychological problem that compels them to desire older men, is equally fallacious.

One of the most compelling claims in recent years states that in today’s cultural climate, younger women are simply fed up with the dating world that consists of Tinder and other online dating sites. The world of online “hookups” has bred a culture of disrespect, one that demands nothing but casual sex and insists that there be no form of commitment (Acculturated). Younger women, millennial women in particular, have begun to turn to men who are often twice their age because these men come from a time in which actual dating mattered. Simply put, these older men, often significantly older men (twice their age or more) are more caring, more patient, do not demand sex from the outset, and are more respectful.

What becomes clear is that millennial men, not all but many, are not interested in getting to know a woman or making any attempt to understand what a woman is about and millennial women are growing tired of this. Older men, men in their forties and even fifties, come from a time in which a period of dating and getting to know one another was considered normal. What is more, men of this age did not grow up with online dating or even online communication. Men in their fifties did not grow up with cell phones. The entire culture of “sexting” is foreign to them and millennial women find this extremely appealing.

In the same article in Acculturated, the author is careful to point out that there are downsides to getting involved with older men. Starting a family with men significantly older carries a list of complications, such reproductive viability and the problem of child-rearing for men in their fifties, and the onset of health problems that are inevitable with age. Young women, millennial women, need to take these things into consideration as they go into long-term relationships with men who may already have families with grown or near-grown children and men who will soon develop age related health issues, but ultimately, there is nothing about these relationships that is any way insurmountable. In fact, it is obvious that younger women are finding greater personal satisfaction with older men. Women in their twenties may find that these men are far more receptive to their career goals and decisions since these men generally already have careers and are not threatened by the ambitions of their partners.

In the final analysis, it is simply respectful, loving, and compassionate partners that younger women seek in men and they are turning to older men to fill these kinds of emotional needs. Two people who enter into a relationship as equals and are motivated by mutual respect and love are as likely to make it as successful couple even if there happens to be a large age difference. Any man in his fifties who is reasonably healthy is just as likely to make a good long-term partner as a young man. What makes the difference for today’s women would seem to be the simple things that older men understand more than younger men.