In the course of dating older men, younger women will necessarily run into certain difficulties they are not likely to experience with men their own and age and one of these is communication issues. Obviously, older men have been around longer and have more experience to draw on. Younger women looking for older men may find this both fascinating and intimidating. The topic of communication is also one of those things others tend to ask people about who are in relationships between an older man and a younger woman. 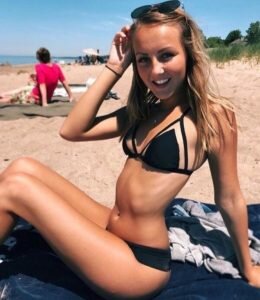 It is a fact that, being older, he has experiences she cannot identify with. He listened to Led Zeppelin albums when they were new; she listened to them on the oldies station. His political views go back to the 1980s and hers were formed during her college years in the early 2000s. But the fact remains, younger women specifically point out that these really never play much of a part in their lives with older men because the things that bring the couples together are those things they share, not the differences. One woman, speaking on this very topic, points out that things she was drawn to in her man, who is more than twenty years older than she, was their common interests. They both like the same kinds of movies. They both enjoyed the same kinds of books. These were the things they talked about and still talk about.

Another woman, commenting on why and how her relationship works with her partner who is significantly older than she, says: “It works because we both want the same things: satisfaction from work, plenty of good food, a passion that fuels us, travel, and to sleep and spend time with somebody who embraces rather than rejects the excitement of getting closer” (The Debrief). And while this same woman goes on to talk about how she tolerates his love of eighties rock bands, she is careful to point out this does not matter in the least since their points of interest and communication take up the bulk of their lives together.

Communication issues arise primarily in cases where one partner or the other attempts to exert some kind of power from the standpoint of their particular life-experiences. It would logically follow that older man would be the ones most likely to pull such a maneuver. But these kinds of situations generally come about in relationships which are ill-founded to start with and are just as prevalent in couples who are of a similar age. Older men do not, as a rule, adopt positions of authority in relationships with younger women simply because they are older. If younger women experience such events, they should seriously re-evaluate their relationships in the first place.

Another way of looking at this is that for some women, the fact that older men have so much more experience to bring to the table is part of their appeal. Some women are turned on by the fact that these men are more worldly, have been around longer, and have more insight into certain matters. As one woman puts it: “Part of what lends the older man his appeal is how he appears to have arrived from a distant and still exotic land, the kingdom of Adulthood” (Alex Mar). This can be just one of many facets of the dynamic and chemistry between younger women older men couples.